We’ve been very busy bees letting you know about our upcoming releases, but behind the scenes we’ve been adding some really wonderful titles to our lists for the forthcoming year!
We wanted to take some time to introduce you to a few of them, so to start with, here’s a little something from Jacky Rom, one of our most recent acquisitions.
Hi all!
I’m Jacky Rom, and I’m so excited to join the Cranthorpe Millner family. I’m really looking forward to the world getting to see and read about my characters.
I’m sure you would like to know a little bit about how I got here. So here goes!
I’ve been writing all my life! At the age of fifteen I wanted to be a Director but no matter which way I turned I got nothing but negative reactions to my dream. No matter – that only made me even more determined. Before long I created a cunning plan! I thought that if I became a Makeup Artiste, that would get me onto a film set and then it was only a short leap to becoming a Director (the simple thought process of a 15 year old…). Maybe it wasn’t so easy as I thought it would be, but after a while, with a lot of hard work, my dreams and aspirations did come true, in a way. I’ve spent most of my life on film and TV Sets, not directing but with young Actors whom I’ve taught as their Drama Teacher. I’ve written plays, screenplays, TV shows and now thirteen books! I also teach Creative writing courses and Drama with kids worldwide.
I’ve also just produced my first documentary to be seen very soon around the world: Method of Murder.
So what’s next? Who knows, but I’ll embrace it as I always do with with any challenges I face: head on.
Keep an eye out over the coming year for all of Jacky’s books – The Amazing Adventures of Starr (writing as Jacky A. Rom), and The Sandra Bernstein Chronicles. 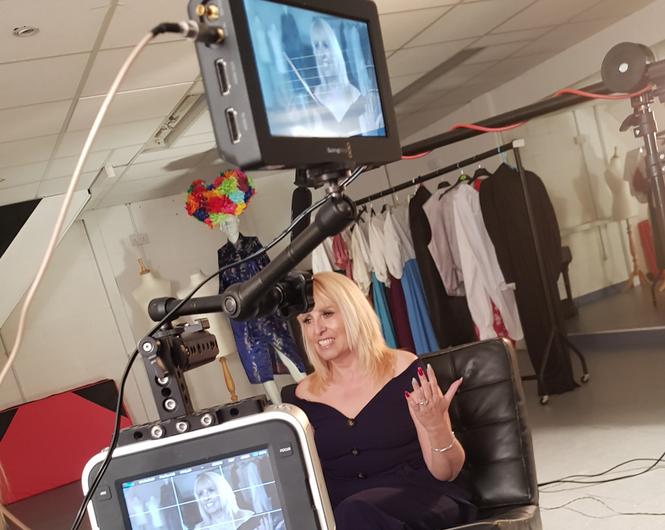 THE AMAZING ADVENTURES OF STARR
BOOK 1 : THE MISSING EXTRA
BOOK 2: THE LOST SCRIPT
BOOK 3: THE GOLDEN MASTERPIECE
BOOK 4: ITS NOT ALL GLITZ AND GLAMOUR
BOOK 5: THE CREATIVE CROOK